Tromethamine is a Hazardous Substance in Jabs that Must be Banned 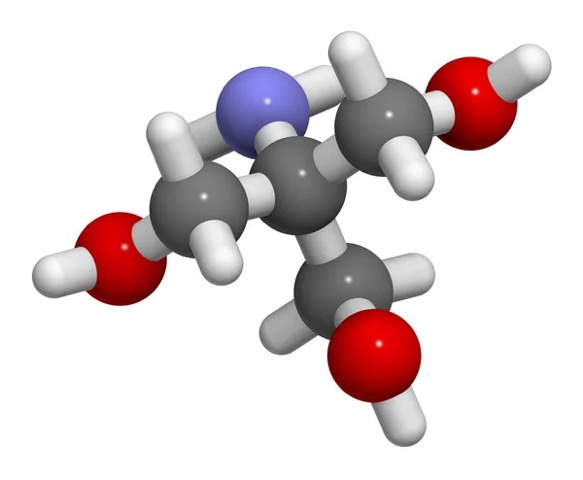 Tromethamine is an Endocrine Disruptor and causes Anaphylaxis.

In Australia the Therapeutic Goods Administration, acting on the advice of The Advisory Committee on Vaccines, and The Australian Technical Advisory Group on Immunisation, approved a modified Pfizer injection for young Children aged 5-11 years old, using Tromethamine, also known as Tris, Trometamol or THAM as an ingredient.

Its Chemical name tris(hydroxymethyl)aminomethane and it is used as pH buffer.

The approval was given for use of the Pfizer vaccine despite the fact that no trials were conducted with the modified product. The only trial in this age group was done with Phosphate buffering. This travesty was reviewed earlier.

Australian advisors know it can cause life threatening conditions many of which appear in the Database of Adverse Event Notifications.

Deaths have been reported following administration of this vaccine, including a 7 year old boy who died of Tonic-Clonic Seizure and Cardiac Arrest.

Deaths associated with use of other products in Australia incorporating Tromethamine are known.

In 1970 newborn babies suffered increased incidence of Intraventricular Haemorrhage after injection of high doses of Tromethamine and some only survived after treatment with artificial ventilation.

50 years ago it was known that Tromethamine affects your Myocardial Heart muscle by reducing its contractility. Study used isolated Cat papillary muscles. Still behind a paywall.

More recently it was shown that Tromethamine induces an increase in free cytosolic Calcium in suspended Myocardial cells.

Tromethamine is a small molecule that will travel faster through the body than the LNPs after both leave the injected muscle.

The distribution of Tromethamine in the mammalian body has been studied using radiocative tracing in rats that had their Kidneys removed.

60 years ago it was known that Tromethamine interferes with Kidney function.

Acute Kidney Failure in patients given Ketorolac Tromethamine found in 1997.

Very disturbing is the discovery, using 14C-labelled Tromethamine that Tromethamine is oxidized in Liver Microsomes and Hepatocytes in processes that involve Free Radicals and generation of Formaldehyde.

Tromethamine is converted by your red blood cells to the toxic Phosphate derivative [2-amino-3-hydroxy-2-(hydroxymethyl)propyl] dihydrogen phosphate, aka Phosphoryl-Tris. Published in 1970, experts in vaccines apparently are unaware of this hazard. Known enzyme inhibitor.

Tromethamine is a flexible toxin that can fit into numerous DNA and enzyme sites in your body, as shown in numerous crystal structures of its acid salts with your organic acids.

In 1972 it was known that Tromethamine inhibits numerous enzymes including Threonine Dehydratase.

Tromethamine inhibits not only the sialic acid addition which takes place in the trans Golgi region, but also the trimming step of high mannose-type oligosaccharides.

In this Phospholipase A2 enzyme (PLA2), 4 Tris molecules were found lurking by x-ray crystal structure determination.

Three were binding to and altering the shape via Hydrogen bonding with the protein chain.

The 4th Tris molecule was found coordinating to one of the 3 Calcium ions. PLA2s are found in numerous organs, including your Pancreas, Spleen, Thymus, Lung, Colon, Brain, Macrophages, Platelets and Monocytes. They play important roles in your Inflammatory Response and Blood Platelet Aggregation.

In 1986 it was known that Tromethamine inhibits Dextransucrase.

Tromethamine is known to block ion channels which points to its possible role in developing Amyloid Disease.

The US Comparative Toxicogenomics Database (CTD) has a page for Tromethamine showing that the top 2 of your genes that it interferes with are the Amyloid Precursor Protein (APP) gene, essential in Brain development before and after birth, and the Albumin (ALB) gene that codes for plasma transporter proteins that carry most of your Zinc, Calcium and Magnesium. Other functions of these genes are still being worked out.

, which are important in signal transduction.

It is known with atomic precision exactly how Tromethamine inhibits Zinc enzymes, as shown 20 years ago in the x-ray crystal structure of Aminopeptidase from Aeromonas proteolytica. “Bimetallohydrolases catalyze such diverse reactions as the degradation of DNA, RNA, phospholipids, and polypeptides making them key players in carcinogenesis, tissue repair, protein maturation, cell cycle control, Hormone-level regulation, and protein degradation. These enzymes are also involved in the degradation of agricultural Neurotoxins, Urea, Antibiotics, and several phosphorous(V) materials used in Chemical Weaponry”.

Deactivation of Alanine Racemase by Tromethamine is catalytic, i.e. one molecule can attack and destroy multiple enzyme molecules.

The authors propose this scheme as the mechanism, see Tris entering at the top left and emerging bottom right.

Humans don’t have this particular Racemase, so it will be interesting to find out which Human Racemase enzymes are affected by this jab component.

Alpha-1 antitrypsin (AAT) is an anti-inflammatory protein produced by the liver and present the bloodstream.

Tromethamine inhibits the processing and secretion of albumin and α-1 antitrypsin by hepatocytes in culture.

By inhibiting your anti-inflammatory α-1 antitrypsin (AAT) production, Moderna and Pfizer jabs make your Omicron infection more dangerous. Now there are experiments using AAT from healthy donors as treatment for severe Covid19! Unjabbed donors, known as purebloods could give much more AAT.

Tromethamine (Tris) inhibits not only Insulin secretion but also the conversion from Proinsulin to Insulin, as demonstrated 40 years ago.

In 1970 it was suggested that the known ability of Tromethamine to complex Zinc ions might assist it to influence release of stored Insulin.

In 1986, use of radioactive 3H-Leucine enabled the more detailed study of the impact of Tromethamine on Insulin release and Pancreatic Protein synthesis.

Tromethamine prevents effective treatment of Escherichia coli with the Myeloperoxidase-Hydrogen Peroxide-Chloride Antimicrobial System because it forms high-molecular-weight, charged, or polar N-Cl derivatives that would be unable to penetrate the cell membrane.

NETosis has been associated with Stroke

NETosis induced by Tromethamine might play a role in numerous Adverse Effects including Autoimmune Diseases such as Lupus.

NETosis could also contribute to early birth and loss of Pregnancy, often threatening the life of the mother, through Pre-eclampsia.

Tromethamine inactivates the bacterial enzyme 5′-MethylThioadenosine/S-Adenosylhomocysteine Nucleosidase (MTAN) which plays a central role in three essential metabolic pathways in bacteria: methionine salvage, purine salvage, and polyamine biosynthesis. Giving more clues about what it might do in the Human body.

Interesting electrochemical degradation products of Tromethamine were identified in high voltage electrophoresis of ssDNA with the authors reverting to Phosphate Buffer to prevent the problem.

Tromethamine forms stable adducts with a number of Chemical Warfare Agents, including the Fluoride poison SARIN.

Tromethamine (TRIS) has been shown to interfere with Human Vitamin B6 (Pyridoxal phosphate PLP, pyridoxal 5′-phosphate, P5P) regulation by alteration of Pyridoxamine 5′-phosphate oxidase (PNPO), also known as Pyridoxal 5′-Phosphate Synthase. This might well help to explain some of the Adverse Reactions.

A useful 2018 review of Tromethamine toxicity in test animals and volunteer healthy Humans with related chemicals intended for use in Cosmetics. Tromethamine administered by Intravenous injection caused a fall in Blood Glucose levels in rats, rabbits, dogs, and Humans. Some evidence of Accumulation in skeletal and Heart muscle, Brain tissue and Cerebrospinal Fluid.

Only Gadobutrol was positive on intradermal testing, confirming Tromethamine as the Culprit Excipient.

Note that the abstract to this paper is not visible.

Another study of severe allergic reaction to Tromethamine, aka Tris, Trometamol, numerous other names in mRNA jabs comes from researchers in Spain and UK who investigated.

Of course its abstract is being suppressed as well.

Skin tests with PEG were Negative in all cases and controls. Note they protected the person whose arm is shown from further testing due to severe reaction to the lowest test concentration. Health worker volunteers who were jab enthusiasts were volunteers.

The US FDA is fully aware that Tromethamine can induce dangerous side effects, as shown on one supplier website.

The US FDA states, re Tromethamine and pregnant women:

FDA pregnancy category C: Animal reproduction studies have shown an adverse effect on the fetus and there are no adequate and well-controlled studies in humans.

Tromethamine is also used in the Ervebo (Ebola Zaire live virus) vaccine. Each 1 ml jab contains 1.21 milligram of the buffer. Common side effects are very similar to those of Pfizer and Moderna Covid19 jabs including: Injection-site reactions (Pain, Swelling, and Redness), Headache, Fever, Muscle Pain, Fatigue, Nausea, Joint Pain and Stiffness = Arthralgia lasting up to 2 years, Rash, Abnormal Sweating, Chills, Paresthesia, Decreases in Lymphocytes and Neutrophils, Anaphylaxis was observed in 2 of 15,399 ERVEBO recipients = 130 per million jabs.

Australian Government advises it should NEVER be used for primary prevention of initial dengue infection.

The Smallpox vaccine approved for use against Monkeypox, Jynneos, is known to cause Anaphyaxis and contains 600 micrograms of Tromethamine per dose.

The Food and Drug Administration has already licensed two vaccines for monkeypox. Both were licensed a while ago, not in conjunction with this outbreak. The ACAM2000 and JYNNEOS vaccines are effective in combating smallpox, according to the FDA.Who is Robert Malone is a reader-supported publication. To receive new posts and support my work, consider be…

For Pfizer Covid19 jabs, Pain is reported in Muscles and Joints as well as local reaction with increased effects after each subsequent dose in about 40% of all.

Moderna, which contains more Tromethamine than Pfizer, induces higher levels of Pain with maximum effect after the second dose. The 3rd, Moderna booster dose contains less Tromethamine and less Pain is reported. There are 4 versions of Moderna in use with a maximum Tromethamine content of 0.62 mg per dose.

In 2003 toxicologists at the Chemistry department of the University of Adelaide, collaborating with a pharmacist in Colorado, found that Tromethamine interferes with attempts to study the reaction of carcinogenic Acrolein with adducts at Cysteine, Histidine, and Lysine residues in your body using Western blotting. Providing more clues about mechanisms of Tris damage from Pfizer and Moderna Covid19 jabs.

1966 Review of Tromethamine concluded “that there is little current evidence, theoretical, experimental, or clinical, to support the view that Tris has a significant therapeutic role. Some possible exceptions to this general conclusion are considered.”

Known significant impurities in Tromethamine that can potentially cause health problems include:

Various reports suggest the current detection limit for Nitrosamines in Tromethamine is 50 parts per billion (ppb).

Since secondary amines appear to be more likely to generate Nitrosamines, which are probable Human carcinogens at very low levels, can the detection level be pushed further?

Jabbing Tromethamine into your body will have consequences.

Let’s call for an immediate ban in all jabs.