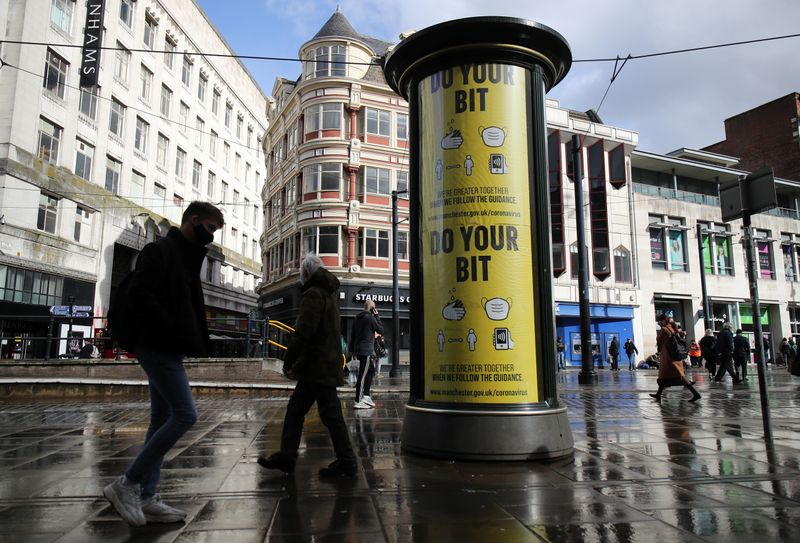 With Johnson reluctant to repeat a national lockdown that would further hurt a struggling economy, the government is trying to contain a surge in cases, as well as growing anger, in parts of northern and central England.

England’s deputy chief medical officer Jonathan Van-Tam described Britain as being at a “tipping point”, saying the spread would soon translate into more deaths and that the country should act now.

Robert Jenrick, Britain’s housing minister, refused to detail the new measures the prime minister will announce but said they would focus on local areas. Johnson was expected to speak to ministers later on Sunday.

“In addition to the basic simple rules that apply to the whole country, we are designing a framework for those places for where the virus is very strong,” Jenrick told Sky News.

“We want the strongest possible working relationship now between central government and local government,” he said, “So it’s right that we take action in those communities and design the measures in conjunction with people who know those places best.”

Jenrick said local leaders would be more involved in contact tracing after the robustness of Britain’s test-and-trace system has been repeatedly questioned, and that there would be more guidance on travel.

The government, local media said, might also introduce a three tier-system to try to simplify the rules and the messaging, which opposition parties and some in the governing Conservative Party say has been too confusing and might have contributed to rising cases.

But with many in northern England having already lived with tightened restrictions for weeks, the government might have to do more to quell growing anger over any new measures.

Local leaders said there was a “gulf” with the government on the best steps forward after complaining for months that they were being left out of decision-making by what some called an overly centralised strategy.

“We’ve certainly not agreed with them. I think there is probably a large gulf at the moment between us and the government,” Richard Leese, the leader of Manchester City Council, told Times Radio.

Labour also urged the government to offer more financial support if businesses were told to close, and that the opposition party would work on offering an alternative package to one announced by finance minister Rishi Sunak on Friday.

“What we really want … is the government to come forward with a package of financial support that enables people to comply with the health restrictions,” Lisa Nandy, Labour’s foreign policy chief, told the BBC’s Andrew Marr show.

Northeast coast of US hit with massive internet outage, from Boston to DC — RT USA News

Super Bowl Ads: the Seen and the Unseen

Northeast coast of US hit with massive internet outage, from Boston to DC — RT USA News

Super Bowl Ads: the Seen and the Unseen