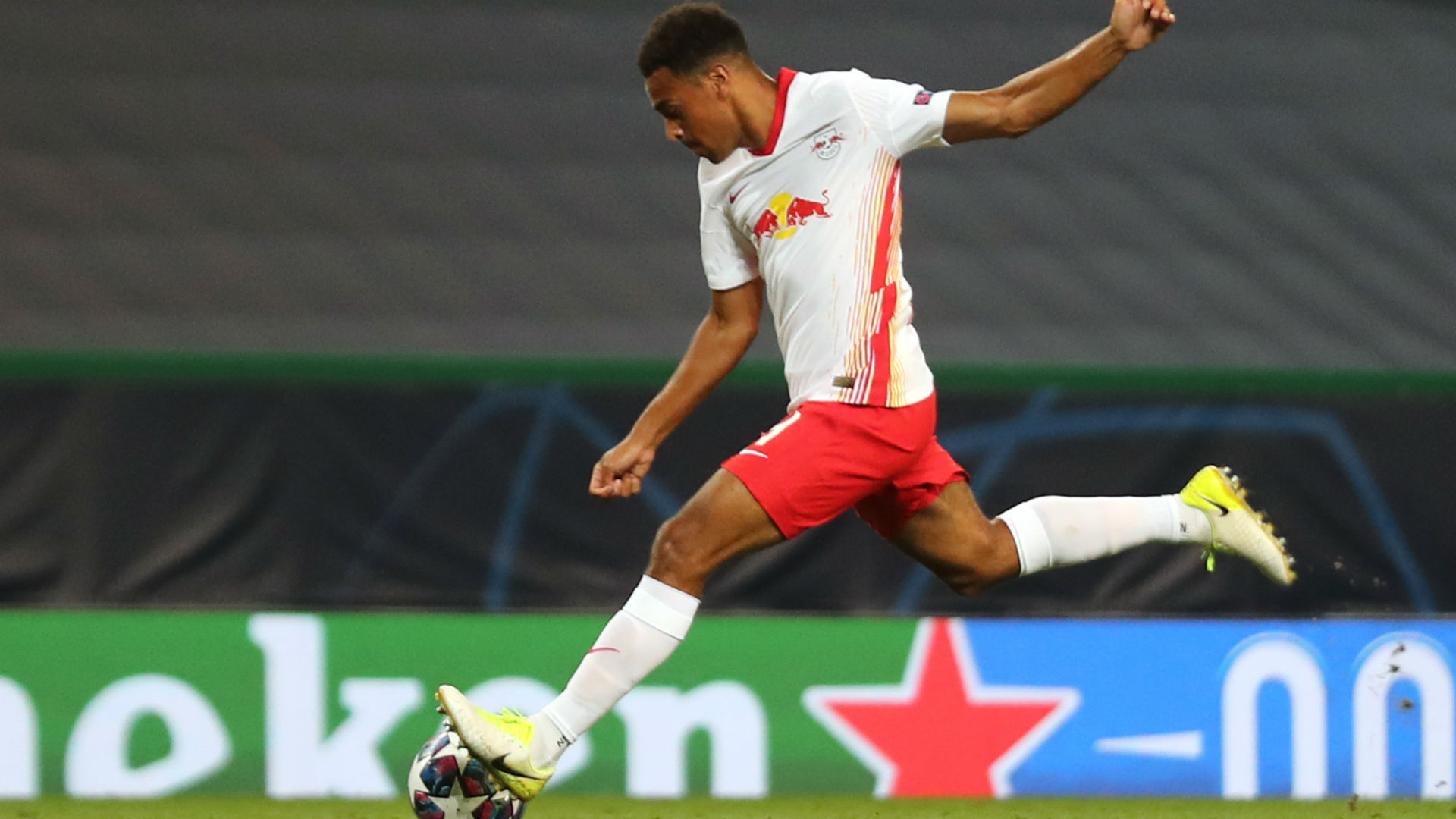 Tyler Adams left the New York Red Bulls for RB Leipzig in January 2019. What has happened since, more than anything, is pain. Until Thursday. Now, Adams can say there has been pain and glory, and there still may be more to come.

Adams scored what U.S. soccer expert Grant Wahl termed the “biggest goal by an American in global men’s club soccer” when he struck in the 88th minute of Leipzig’s UEFA Champions League quarterfinal against Atletico Madrid, the winning goal in a 2-1 Leipzig victory.

“A bit unreal, for sure,” Adams said afterward. “It was a bid odd, obviously, having no fans for a Champions League game, but also coming off a three-week holiday and having to prepare for such a big game. We’re obviously very happy that we battled and followed the game plan, and it worked out.”

He came on as a substitute at right wingback in the 72nd minute, with the game tied at 1-1, and immediately started to perform sharply, crisply moving the ball to adjacent teammates and avoiding the turnovers some of the tiring Leipzig players were committing in attack.

Then came his opportunity, when midfielder Marcel Sabitzer played a dazzling ball from near the midfield circle off the outside of his right boot, a pass that found teammate Angelino open down the left side. Angelino might have pushed forward, but he saw Adams advancing into a wide swath of space above the box and sent a sweet pass directly toward his toe.

Adams launched a hard shot that looked to be on target, might have found the inside of the left post or might have been saved by goalkeeper Jan Oblak. But it was deflected near the penalty spot by a closing Jose Gimenez and popped over the off-balance keeper. It was Adams’ first goal for RB Leipzig, and it could not have been much more important.

“It’s a deflection, but it counts the same as a regular one, so I’ll take it,” Adams said.

As the result of his strike, RB Leipzig advanced to the Champions League semifinals next Tuesday against Paris Saint-Germain. If he enters the game as expected, he will become the first U.S. Men’s National Team player to appear in a Champions League semi since DeMarcus Beasley in 2005, when he was with PSV Eindhoven. No other USMNT player has earned that distinction.

“I wanted to provide some energy after coming off the bench, and I think I managed to do that,” Adams said following the game. “Of course it makes me feel so proud to score such an important goal in the Champions League quarterfinal.”

Adams, 21, had started about half of RB Leipzig’s games since soccer resumed in May in Germany’s Bundesliga following the pandemic-induced hiatus. One reason he has not been an automatic in the Leipzig 11: He’s been hurt so much of the time.

Adams missed all the USMNT activity in summer 2019, including its appearance in the CONCACAF Gold Cup, because of an abductor injury. That cost him the first two months of the Bundesliga season, as well. He was bothered again in the same year in December, and then he missed two weeks with a torn muscle in February. In all, he is listed by Transfermarkt.us as having missed 191 days due to injury since his move to Germany.

“For the first six months, when we started the Champions League campaign, I was injured,” Adams said. “It’s a good feeling to get out there, obviously fully fit, and show what I’m capable of.”