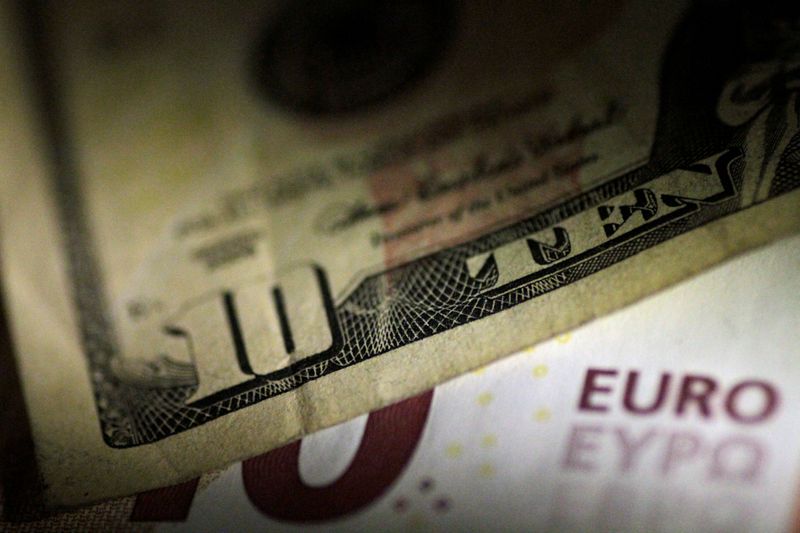 NEW YORK (Reuters) – The safe-haven dollar rose on Wednesday, pushing the euro to one-week lows, on news of lockdowns in Germany and France as coronavirus cases surged, with implied volatility gauges in the European currency and the yen hitting multi-month highs as traders positioned for next Tuesday’s U.S. election.

Germany decided to shut bars and restaurants for a month and France prepared to tighten controls on movement as the pandemic surged across Europe and financial markets tumbled at the likely cost of a second lockdown.

The European Commission proposed a series of new measures to fight the pandemic in the European Union, calling the new spike in infections “alarming”.

“When things get scary everybody rushes to the dollar,” said John Payne, senior futures and options broker, at Daniels Trading, in Chicago.

“The currency markets right now are dealing with problems in Europe, and Europe – I don’t know if the market thinks they have a lot of bullets left to fire at this thing. From a quantitative easing standpoint, that’s what is going to come. You see the dollar being more attractive because maybe Trump won’t go in that direction.”

Traders were bracing for volatility as the U.S. election loomed.

“We are seeing some position-trimming ahead of the election, with the market still short dollars,” said Vassili Serebriakov, FX strategist at UBS in New York.

“The expectation is for a Biden presidency and that is consistent with a weaker dollar story. But as some of the polls have tightened the last couple of days, markets are just taking some risk off the table given the uncertainty,” he added.

The UBS strategist said a Biden administration is seen de-escalating trade tensions with traditional allies such as Europe and Canada, as well as China, which should improve market sentiment overall and weigh on the dollar as a safe haven.

One-month euro/dollar risk reversals <EUR1MRR=FN>, a gauge of currency sentiment in the options market that measures the ratio of calls over puts, showed on Wednesday that investors were most bearish on the European common currency since June.

The dollar though slipped 0.1% against the yen to 104.31 yen <JPY=EBS>. Earlier, the greenback dropped to a more than one-month low.

That suggests investors are preparing for sharp price moves, focused on both the European lockdowns and the United States as it struggles to contain its coronavirus epidemic ahead of the pivotal election next Tuesday.

Legal battles between Republicans and Democrats over how to count votes have raised the risk that the outcome of the election will be disputed.