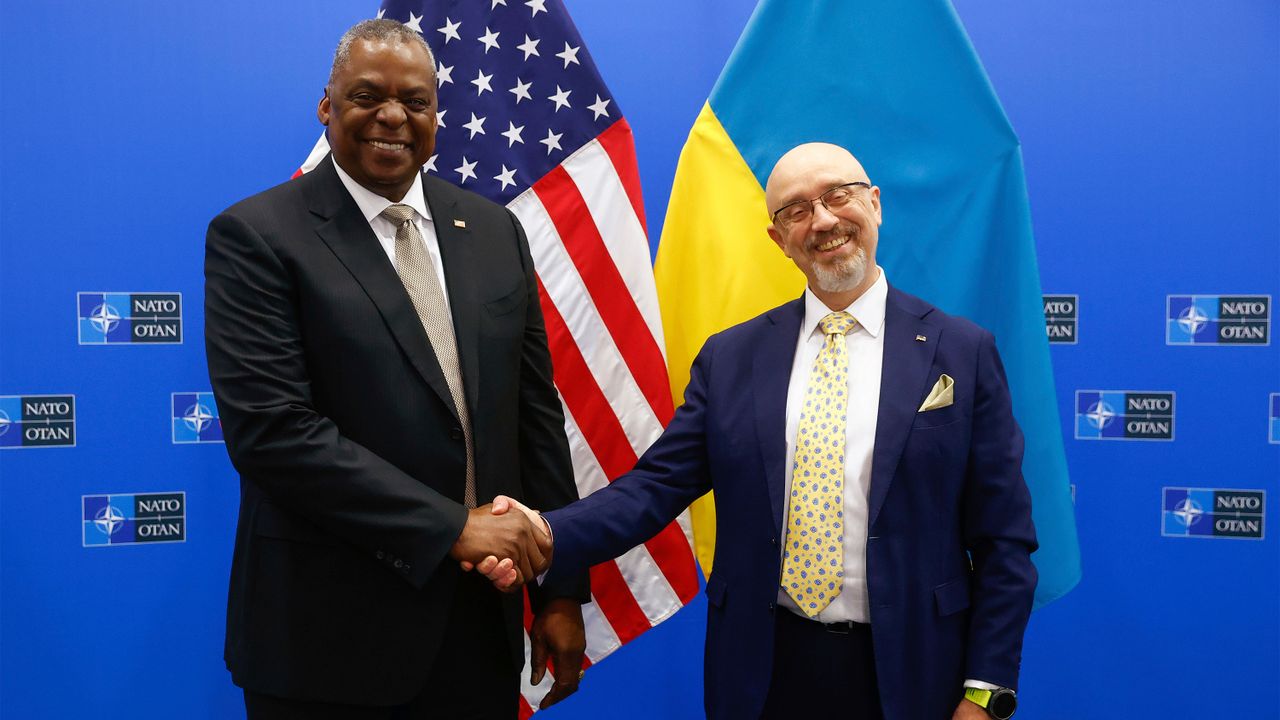 In an interview with the British Broadcasting Corporation aired Friday, Ukrainian Defense Minister Oleksii Reznikov said that Ukraine is a “member of NATO de facto.”

Reznikov’s statement is an effective admission that the Ukrainian military has been functioning as a proxy of the NATO alliance, refuting false claims by the White House that the United States is not a party to the conflict.

“We have a lot of modern, NATO, standard weaponry,” Reznikov said. “It means that Ukraine as a country, and the armed forces of Ukraine, or our sector of security and defense became the member of NATO de facto, not de jure, because we have the weaponry, because we have the interoperability level of the communication with our partners, and I’m sure that in the next future we will become a member of NATO de jure.”

To this, Reznikov replied, “Why controversial? It’s true. It’s a fact. I’m a lawyer, you know, I’m operating with the facts.”

Reznikov’s assertion is indeed a “fact,” and is only “controversial” because the United States government and media have been lying about this “fact” for close to a year.

In May 2022, White House press spokesperson Jen Psaki was asked by a reporter, “Eight in 10 Americans are expressing worries about a wider war and the possible use of nuclear weapons by Russia.  And given that Russia has made it clear that they believe NATO has—has engaged in a proxy war, what’s the White House’s message to worried Americans right now?”

Psaki replied, “I know that is the Russian talking point on this, but it is not a proxy war.”

She added, “This is a war between Russia and Ukraine. NATO is not involved.” She added that “it’s important and vital for all of us to not repeat the Kremlin talking points on this front.”

“Russian talking point” is a euphemism in Washington for a true statement that the White House wishes to lie about. 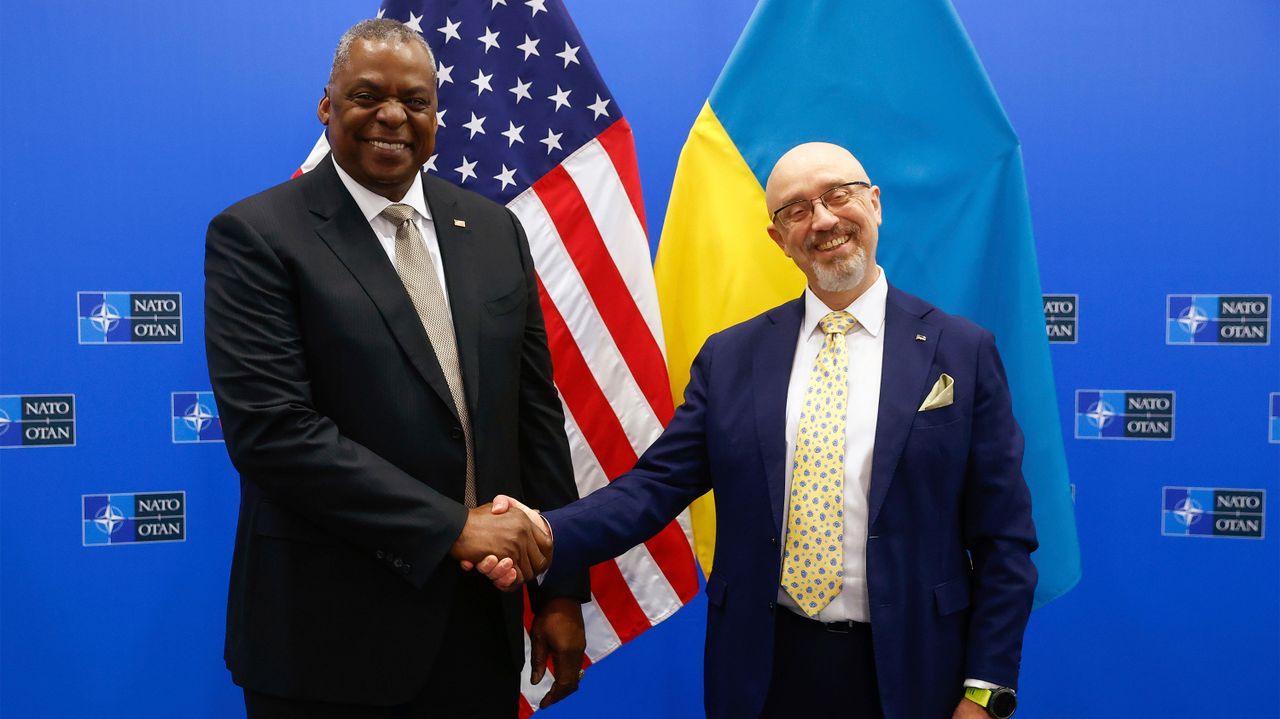 Reznikov’s assertion exposes the White House’s denial that it is a party to the conflict as a lie, whose aim was to deceive the American population while the US government instigates a war that threatens their lives.

The context of Psaki’s denial that NATO is a party to the conflict explains her motivation in making this false statement. She was addressing widespread fears that the escalation of the war threatens to escalate into a nuclear conflict. To placate these legitimate public concerns, she lied to the public.

Following Psaki’s declaration, the United States massively expanded its involvement in the Ukraine war, sending Ukraine the HIMARS long-range missile, the Patriot missile and tracked infantry fighting vehicles. The United States played a central role in sinking the Moskva, the flagship of the Black Sea fleet, and in targeting Russian generals for assassination. And the United States has confirmed that Pentagon personnel are deployed in Ukraine overseeing the use of US-supplied weapons.

Another aspect of Reznikov’s statement is significant. He said that Ukraine is a member of NATO not because of actions taken by Russia in February 2022, but because Ukraine’s military is interoperable with NATO standards.

In fact, integrating the Ukrainian military with NATO has been a longstanding goal of the United States for years ahead of the invasion. In July 2021, the US State Department fact sheet on US military aid to Ukraine proclaimed:

Ukraine is a key regional strategic partner that has undertaken significant efforts to reform its military and increase its interoperability with NATO.

Ukraine has undertaken significant efforts to reform and modernize its defense sector in line with NATO principles and standards. The United States and its Allies have established a Multinational Joint Commission and Joint Multinational Training Group to coordinate international efforts and help build Ukraine’s defense capacity.

Reznikov’s declaration comes ahead of an expected inflection point in US-NATO involvement in the war with the January 20 summit at Ramstein Air Force base in Germany, a key US military base, where Germany, Poland and other NATO members are expected to announce that they will send as many as 100 main battle tanks to Ukraine.

Ahead of the meeting, the UK formally announced that it would send 14 Challenger 2 main battle tanks, in an effort to set a precedent that would be followed by Germany and other NATO members.

UK Defense Minister Ben Wallace said the decision to send the Challenger 2 tanks was the UK’s “most significant package of combat power to date” and  “will allow those countries holding Leopard tanks to donate as well.”

Wallace also announced that the UK would seek to train 20,000 Ukrainian troops this year.

On Monday, Polish Prime Minister Mateusz Morawiecki reiterated that he is seeking to send Leopard 2 battle tanks to Ukraine, but that this would require permission from Germany, the original supplier. “I cannot imagine a situation where this consent would not be granted quickly,” he said.

There are indications that Russia is likewise significantly expanding the scope of its involvement in the war. A report published by the Institute for Strategic Studies Monday concludes, “The Kremlin is belatedly taking personnel mobilization, reorganization, and industrial actions… steps to conduct the ‘special military operation’ as a major conventional war.”

In response to the proposed deployment of Leopard 2 tanks to Ukraine, the retired Lieutenant General Andrei Gurulev, a deputy to the State Duma (legislature), declared, “The appearance of German tanks on Russian territory is the cornerstone of any war.”

He continued, “Should we use nuclear weapons? Why should we be embarrassed if we are talking about our determination in the event of a threat to the territory of the Russian Federation, and Leopard tanks will drive around Russia, in the Kherson and Zaporozhye regions, occupied by the Nazis. Who’s stopping you from doing it?”

Such statements testify to the extreme danger to all of humanity posed by the escalation of the war, which is rapidly spiraling out of control.

In his concluding remarks to the December 10 rally, “For a Mass Movement of Youth and Students to Stop the War in Ukraine!” WSWS International Editorial Board Chairman David North explained: “The outcome of this process, unless stopped by the working class, will be a global cataclysm on a scale that dwarfs the violence of the past. Since the outbreak of the war, the potential use of nuclear weapons has been normalized in political discourse.”

The rapid escalation of the conflict in the weeks since these statements were made confirms this warning and underscores the urgent necessity of building a global anti-war movement based on the working class.