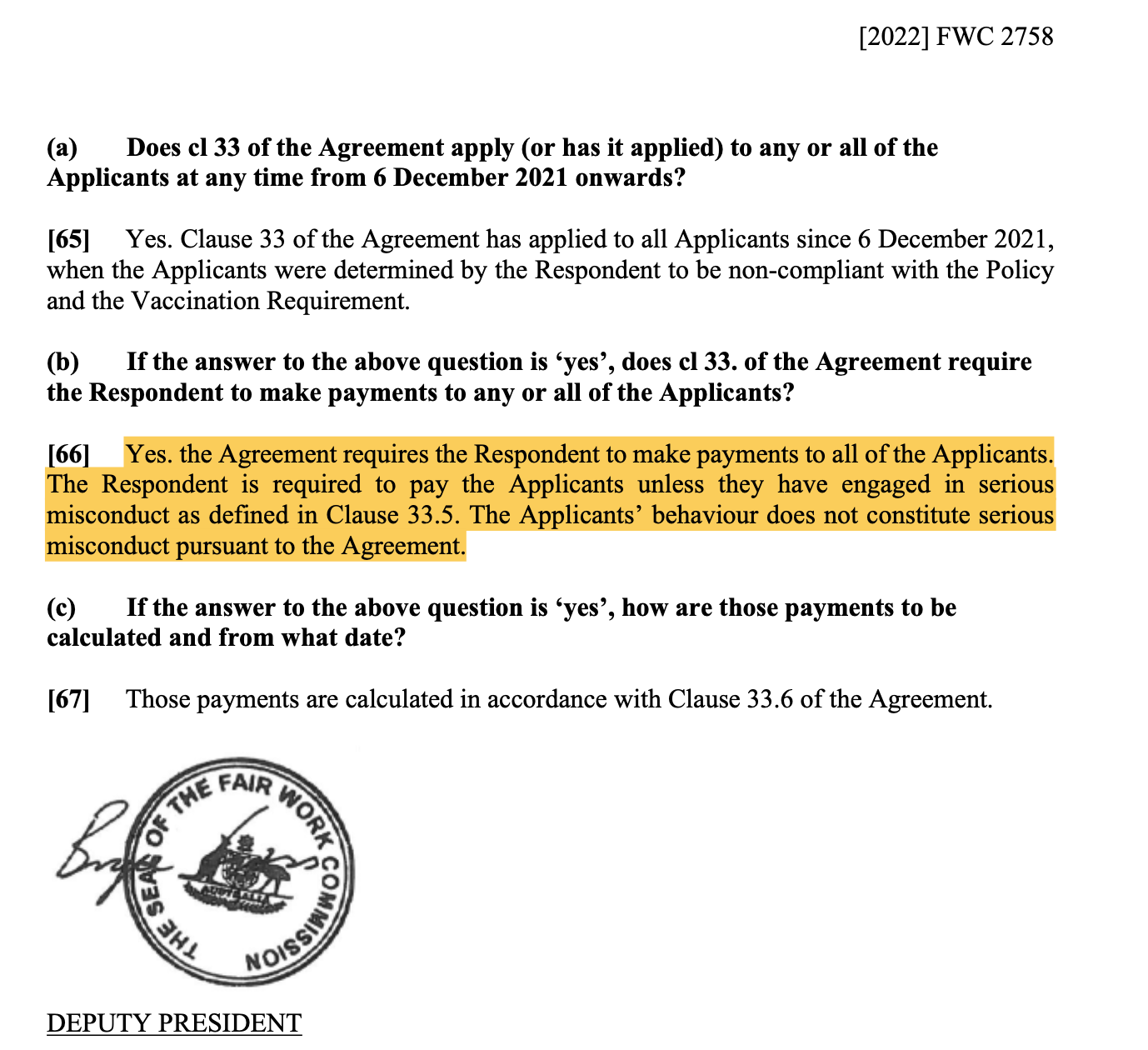 The Fair Work Commission has decided in favour of five unvaccinated Sydney train drivers who were wrongly stood down for failing to comply with the Covid vaccination policy of their employer, Sydney Trains.

Sydney Trains must now backpay the five employees, which includes not just forfeited wages, but also restoration of leave entitlements used because of being stood down.

Sydney Trains notified employees that they must receive their first dose of Covid vaccine by 6 Dec 2022, and the second dose by 7 February 2022. It appears that Sydney Trains imposed the Covid vaccination policy on their staff without any government direction to do so.

Sydney Trains’ vaccination requirement for the train drivers was deemed to be unreasonable: the decision notes that train driving is a relatively solitary activity.

A spokesperson for Red Union says that although the case only involves a small number of Applicants, it sets an important precedent:

“It’s an important case. It’s a decision from fair work stating that where employers cannot demonstrate reasonableness of a jab policy, the ‘no work as directed, no pay’ rule won’t apply.

In this case, the train drivers were able to successfully argue that the employer could not demonstrate that the jab policy was reasonable.”

The significance of the Fair Work Commission making such a decision based on what is “reasonable” cannot be understated in the context of disciplinary measures still being undertaken all over the country for failure to comply with the (unreasonable) direction to submit to Covid vaccination (see: QLD teachers and WA police).

”I have been warning employers for years now not to fall into the trap of arguing that their Work Health and Safety duty to reduce risk as far as reasonably practicable involves things that they have no knowledge or expertise in, like virology. Many have only caught onto the folly of this approach recently. Some are still digging.”