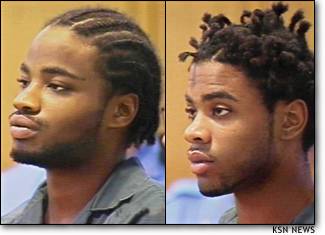 The U.S. Supreme Court refused Monday to hear the appeals of two brothers who were sentenced to death for four fatal shootings on a Kansas soccer field in December 2000 known as “the Wichita massacre.”

Former Kansas Attorney General Derek Schmidt said the high court’s decision means Jonathan and Reginald Carr no longer have any direct appeals of their death sentences. However, he said they can still file lawsuits in state and federal courts to try to prevent their executions by lethal injection.

The U.S. Supreme Court’s action came a little less than a year after the Kansas Supreme Court ruled that the two brothers had received fair trials and upheld their death sentences. {snip}

Prosecutors said the brothers broke into a home in December 2000 and forced the three men and two women there to have sex with one another and later to withdraw money from ATMs. Jonathan Carr was 20 and Reginald Carr was 23 when the murders occurred; they are now 42 and 45 and both are incarcerated at the state’s maximum-security prison in El Dorado, about 30 miles (48 kilometers) northeast of Wichita.

According to authorities, the women were raped repeatedly before all five victims were taken to a soccer field and shot. Four of them died: Aaron Sander, 29; Brad Heyka, 27; Jason Befort, 26; and Heather Muller, 25. The woman who survived testified against the Carr brothers. They were also convicted of killing another person in a separate attack.

Each of the brothers accused the other of carrying out the crimes.