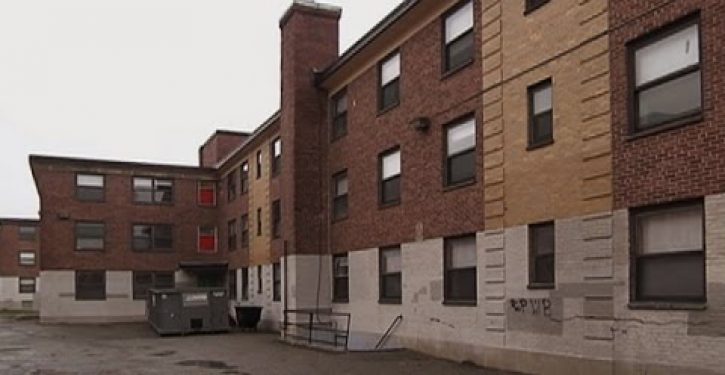 In Virginia’s legislature, rent-control legislation has been introduced by 5 Democratic delegates and a Democratic State Senator. Economists oppose rent control because it makes it more difficult for people to find decent housing in the long run. In a 1992 poll, 93 percent of them said rent control reduces the quantity and quality of housing available.

But Democrat-run Loudoun County is now asking the Virginia legislature for the power to impose rent control. DC News Now reported in December that “New policies could soon be introduced in Richmond at the request of Loudoun County. One would place a limit on rent increases.”

This is surprising, because even left-leaning economists mostly think rent control is stupid, as expressed by Swedish economics professor Assar Lindbeck. He said, “rent control appears to be the most efficient technique presently known to destroy a city—except for bombing.”

In 1989, Vietnam’s socialist leaders reluctantly admitted that their policy of rent control had destroyed the housing stock of Vietnam’s capital city, which had been sturdy enough to survive years of American bombing in the Vietnam War. Vietnam’s foreign minister said, “The Americans couldn’t destroy Hanoi, but we have destroyed our city by very low rents. We realized it was stupid and that we must change policy.”

Yet State Senator Jennifer Boysko, who represents Virginia’s Loudoun County, has introduced SB 1278, a rent-control bill. It would allow cities and counties to adopt rent control ordinances, under which rent increases would be limited to inflation or less. Her legislation states that such ordinances “shall prohibit any increase in the rent by such landlord of more than” the “the percentage increase in the Consumer Price Index,” and “may allow rent increases … by an amount not to exceed” that inflation rate. The same bill has been introduced in the Virginia House of Delegates by Democratic socialist Nadarius Clark and four other Democrats, as HB 1532.

Why these Virginia Democrats support rent control is a mystery. It is a bad idea, according to not just conservative media, but also most Democratic-leaning newspapers. The conservative Wall Street Journal says “rent control is among the dumbest policies known to man,” citing how it reduced housing construction and the availability of housing in American cities that adopted it.

Similarly, the liberal Washington Post explains, “Rent-control laws can be good for some privileged beneficiaries, who are often not the people who really need help. But they are bad for many others.” For example, after San Francisco imposed rent control, “landlords responded by converting their buildings into condos they could sell or business properties they could lease without rent-control restrictions — or by demolishing their old buildings and replacing them with new ones” not subject to rent control. Moreover, “landlords have less incentive to maintain their properties in a rent-controlled environment,” reducing housing quality. “And since rent-stabilization policies often tend to discourage people from moving, they harm worker mobility and the economic dynamism associated with it.” These observations were made by the Democratic-leaning editorial board of the Washington Post, which has not endorsed a Republican for president since 1952.

In some states, cities and counties already have the power to adopt rent control if they wish, even without the state legislature specifically giving them that power. But that is not yet the case in Virginia. It has a strong “Dillon Rule” that prevents localities from regulating rents, prices, or wages without a delegation of authority from the state legislature. That rule prevents the development of a harmful and confusing patchwork quilt of regulation that varies from city to city and county to county. The Dillon Rule promotes freedom of contract, helps Virginia attract businesses and jobs, and helps explain why Virginia has one of America’s best business climates.