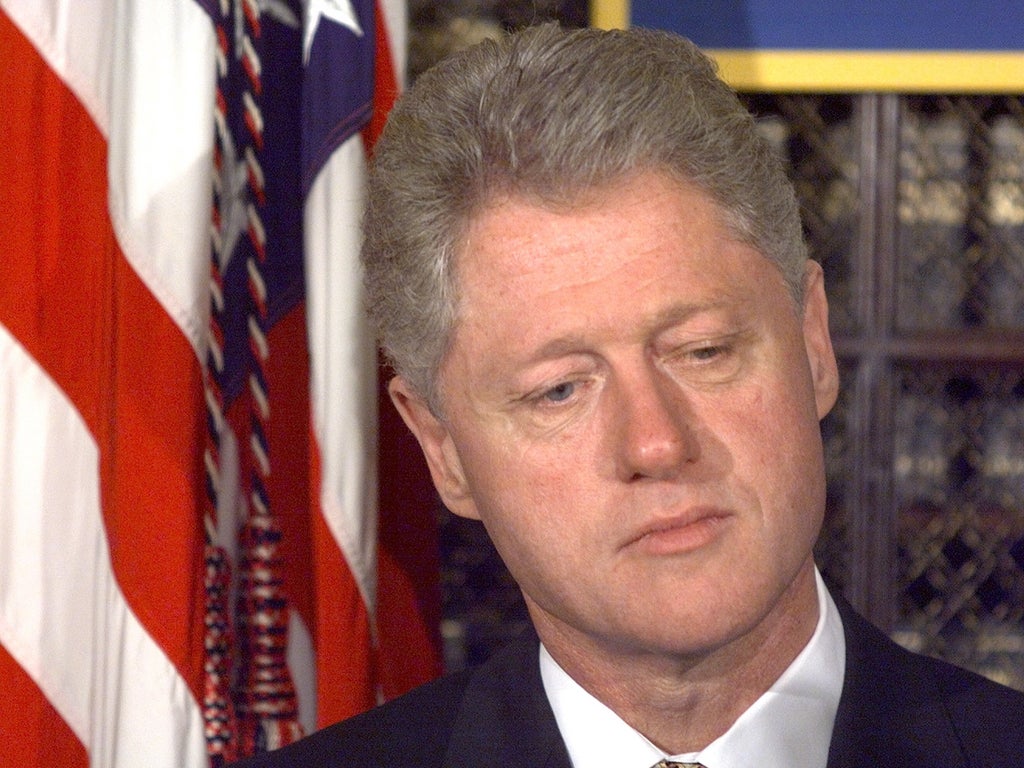 Impeachment: American Crime Story is almost upon us.

For its third season, the FX anthology series is dramatising Bill Clinton’s affair with Monica Lewinsky, a former White House intern, and the circumstances that led to his impeachment in 1998.

The action is set in the late 1990s, when Clinton’s affair was revealed to the public. Tripp, a friend of Lewinsky, secretly recorded their phone conversations and later delivered the tapes to special counsel Ken Starr, whose 1998 report led to Clinton’s impeachment.

Clinton was impeached by the US House of Representatives on 19 December 1998, on the grounds of perjury to a grand jury and obstruction of justice. The US Senate, however, acquitted him on those same charges on 12 February 1999.

Clinton remained in office until the end of his term on 20 January 2001, when George W Bush was inaugurated as the new US president.

At the time of his impeachment by the House of Representatives, Clinton was serving his second term as president. He first took office in 1993 and was re-elected in 1997 for a second term.

Therefore, Clinton wasn’t re-elected after being impeached by the House of Representatives, but not because of the impeachment. He would have been unable to run for re-election anyway, due to having already served two terms in the White House.

Impeachment: American Crime Story will start airing on 7 September on FX in the US. A UK air date has yet to be confirmed, but the first two seasons aired on BBC Two shortly after being broadcast in the US.

In addition to Owen and Feldstein, Billy Eichner has been cast as Drudge Report creator Matt Drudge. Margo Martindale, Edie Falco, Annaleigh Ashford, and Cobie Smulders round up the cast.

The War on Drugs: ‘Springsteen gets a kick out of my son being named Bruce’

Ready to Rent Your Home from the Government? | Wilkow | Ep 236

28 mins ago Ivan on Tech