The information warfare campaign by the U.S. and its allies on behalf of Ukraine appeared to engulf Putin’s visit to Iran last week.

According to the official U.S. government narrative, a “desperate” Russia — suffering significant battlefield reversals in Ukraine including the loss of “large numbers” of reconnaissance drones while its own military industrial capacity lacks the ability to provide adequate replacements due to Russia’s “economic isolation” — has turned to Iran for assistance.

“Our information,” National Security Advisor Jake Sullivan declared, “indicates that the Iranian government is preparing to provide Russia with up to several hundred UAV’s [unmanned aerial vehicles], including weapons-capable UAVs on an expedited timeline.” Sullivan said. “It’s unclear whether Iran has delivered any of these UAVs to Russia already.”

Sullivan’s assessment was drawn from U.S. intelligence reports indicating that Russian officials had twice visited Iran — on June 8 and July 5 — for the purpose of observing at least two versions of Iranian UAVs in operation.

Both visits took place at Kashan Airbase, in central Iran. The Kashan facility has been publicly identified by Israel as the main training facility for Iran’s UAV program. According to Sullivan, these visits represent the first by Russian officials. “This suggests ongoing Russian interest in acquiring Iranian attack-capable UAVs,” Sullivan noted.

The Biden administration believes that Russia is seeking to acquire “hundreds” of the Iranian UAVs and that Iran is prepared to begin training Russian operators on their use in the near future.

National Security Council spokesperson John Kirby put the final spin on the story: “It was important to make it clear to the world that we know that Russia needs these additional capabilities,” Kirby said. “They are expanding their resources at an accelerated rate.”

C.I.A. Director William Burns echoed this assessment during a recent presentation at the Aspen Institute. “It’s important to remind ourselves,” Burns told attendees, speaking about the alleged Russian effort to procure Iranian UAVs, “that it’s a reflection, in some ways, of the deficiencies of Russia’s defense industry today, and the difficulties they’re having after significant losses so far in the war against Ukraine.” 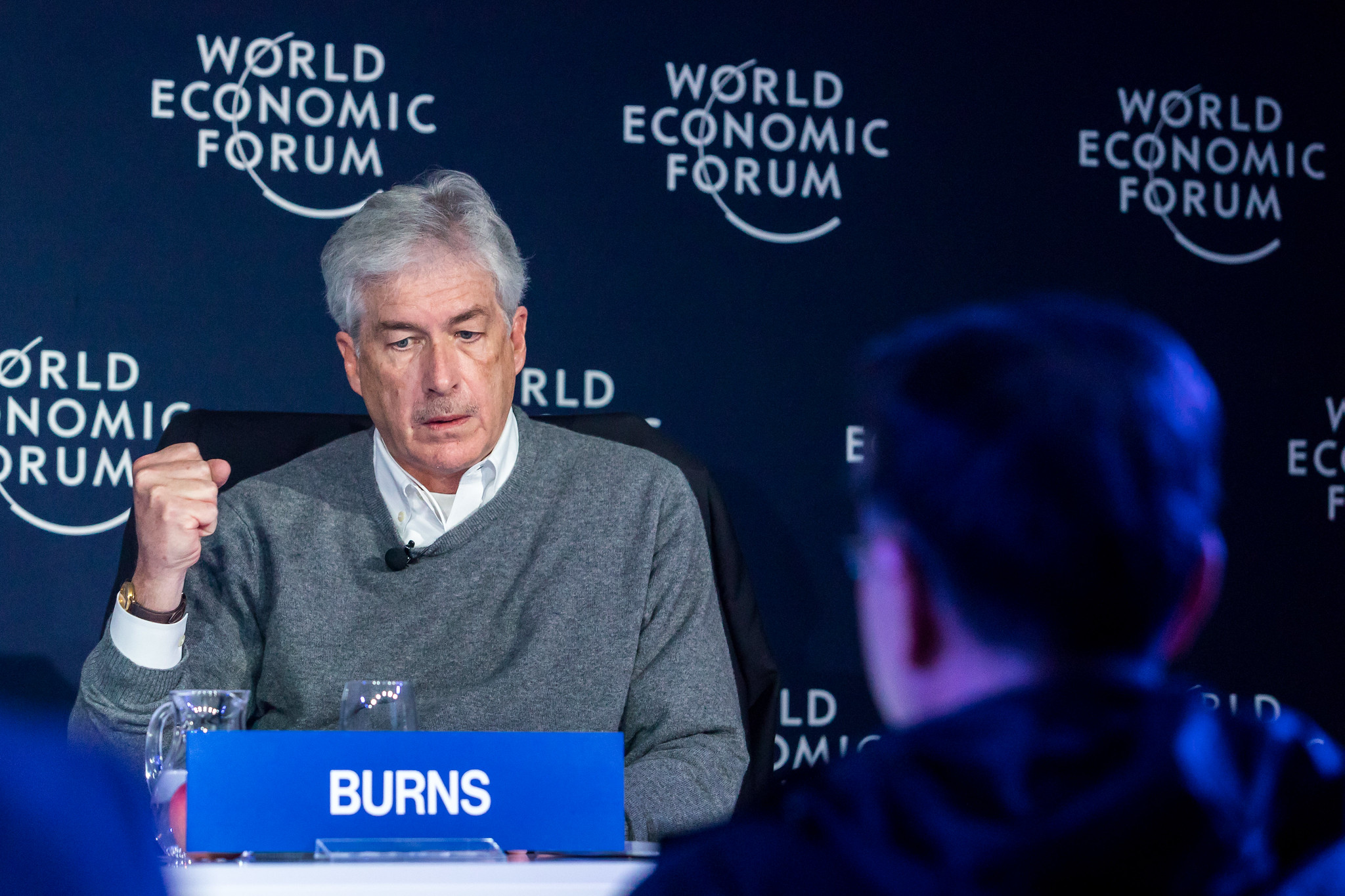 The announcements by Sullivan, Kirby and Burns appear to be part of an ongoing information warfare campaign being waged by the United States and its allies on behalf of Ukraine, where, according to NBC News, the National Security Council “deploys” declassified intelligence — “even when confidence in the accuracy of the information wasn’t high” — in order to “undermine Moscow’s propaganda and prevent Russia from defining how the war is perceived in the world,” or, more simply put, “to get inside [Russia President Vladimir] Putin’s head.”

The timing of the release of the drone intelligence, coming as it did on the eve of Putin’s visit to Tehran to meet with the Iranian leadership and Turkish President Recep Erdogan, suggests that Sullivan was applying the information warfare template to this trip in an attempt to shift the narrative away from Putin’s real goals — addressing the ongoing Syrian crisis and expanding diplomatic, military and economic ties with two of the region’s most critical state actors. Putin’s Tehran visit, taken at face value, undermined U.S. policy objectives in so far as it showed Russia to be confidently assertive and actively engaged in regional security and economic affairs.

By releasing the drone intelligence, the Biden administration sought to show the Russian leader as weakened and desperate for outside assistance to offset a looming military defeat in Ukraine. Based upon the results of Putin’s Tehran visit — furtherance of a political versus a military solution to the Syrian crises and the signing of a series of oil-and-gas development projects worth some $40 billion in total — the U.S. goal was not met. This is especially the case when the strong showing of Putin is contrasted with the relatively weak performance of U.S. President Joe Biden during his four-day sojourn through Israel and Saudi Arabia, which took place on the eve of Putin’s Tehran jaunt.

The issue of UAVs as a symbol of Russian military weakness has been a centerpiece of anti-Russian propaganda promulgated by Western intelligence services for some time now. Back in May, the British Defense Intelligence Service published a report detailing its assessment of the role played by UAV technology in the Russian military operation. “The Russia-Ukraine war has seen Uncrewed Aerial Vehicles (UAVs) playing a pivotal role for both sides,” the report noted, “although they have suffered a high rate of attrition. UAVs have proved vulnerable both to being shot down and to electronic jamming.” 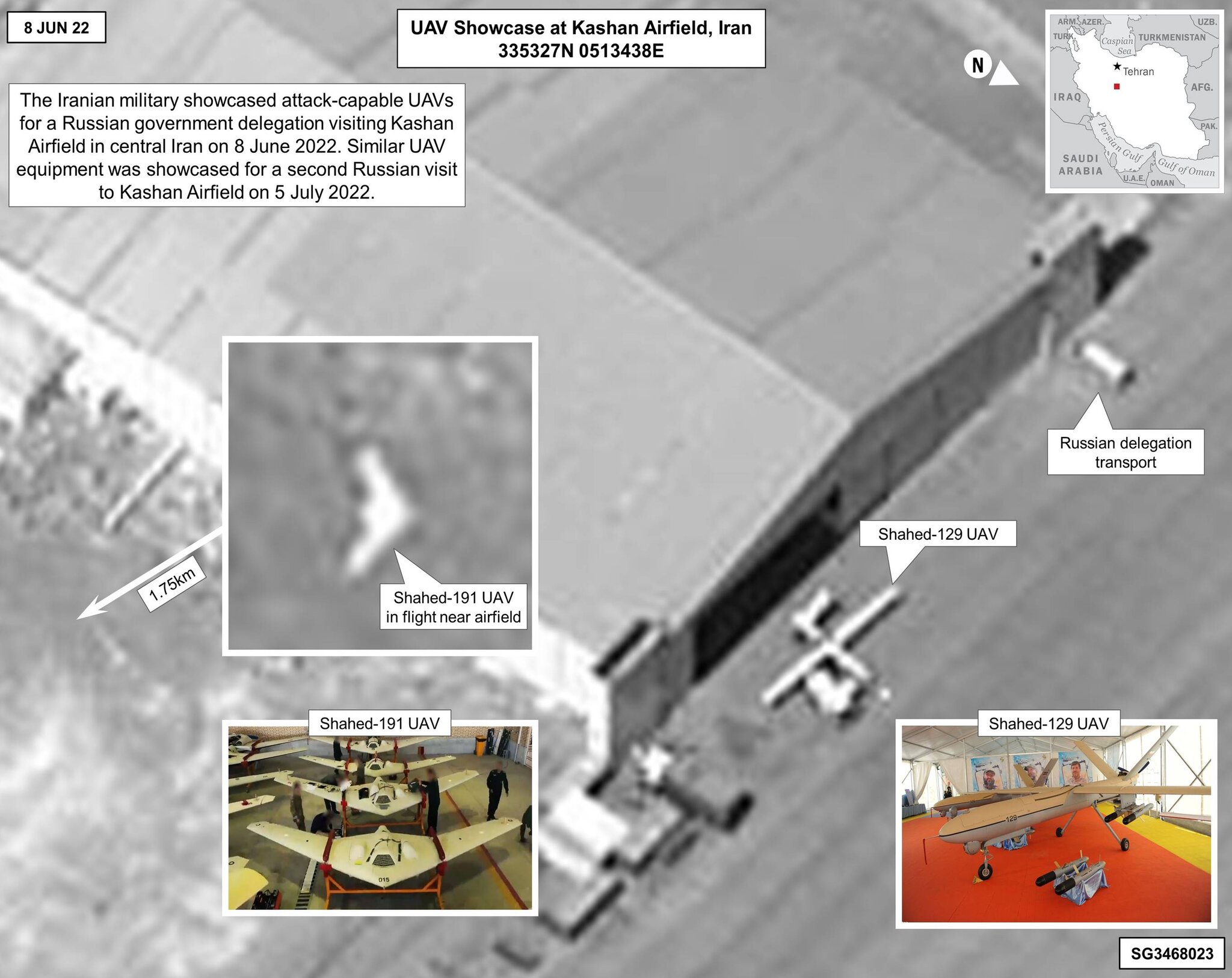 The British highlighted their assessment that Russia was seeking to replicate an operational concept known as “Reconnaissance Strike” that had been developed and refined by its forces in Syria. This concept, the British declared, “uses reconnaissance UAVs to identify targets to be struck by combat jets or artillery.” What worked well in Syria, the British assessed, wasn’t working in Ukraine, due to the high casualty rate that the British alleged Russia to be suffering.

“Russia is likely experiencing a shortage of appropriate reconnaissance UAVs for this task, which is exacerbated by limitations in its domestic manufacturing capacity resulting from sanctions.”

The main problem with the British assessment, however, is that it hasn’t withstood the test of time, which is the ultimate discriminator when it comes to the quality of intelligence analysis. “Reconnaissance Strike,” it seems, is alive and well and living in Ukraine, courtesy of the very tool — the Orion medium-altitude, long-duration UAV — tested in Syria since 2019.

While the Ukrainian air defense forces appear to have shot down an Orion UAV on April 7, the system continues to fly over Ukraine, providing critical reconnaissance and strike capability for the Russians.

The Orion, it seems, has been very effective in tracking down the various heavy weapons — French-made Caesar howitzers, U.S.-made M777 howitzers and HIMARS rocket systems —that have been provided to Ukraine in an effort to help reverse Ukrainian military fortunes on the battlefield. (U.S. officials deny that any HIMARS systems have been destroyed by Russia.) The Orion has also been used to great effect to strike other targets as well.

Russia has also made extensive (and effective) use of  “loitering UAVs” — “suicide drones” —in Ukraine. Two models in wide use are both made by a subsidiary of the Kalashnikov arms factory. These UAVs — the KUB and the Lancett-3 — are state of the art, capable of autonomous targeting (i.e., they seek out targets by themselves) and are ubiquitous over the Ukrainian battlefield.

The British intelligence assessment, echoed in turn by the U.S. intelligence and national security establishment, was and is flat-out wrong. But what makes the error even more egregious is that neither intelligence service — the U.K. nor the U.S. — seemed bothered by trying to at least craft a logical narrative to back-up their erroneous claims.

The Iranian drones that were imaged by U.S. satellites at Kashan air base — the Shahid-129 and Shahid-191 — are both derivatives of U.S. UAV technology, and do not in any way, shape, or form advance Russia’s demonstrated UAV prowess. The Russian drones are newer and more advanced than the drones alleged to have been demonstrated by Iran.

Moreover, the Russia drones have been built according to Russian needs and specifications and adapted to developing Russian UAV doctrine that has been extensively tested under combat conditions in Syria.

By all indications, Russia has readily adapted both the doctrine and the weapons systems involved to the new realities of the Ukrainian battlefield. Unless Russia was facing a catastrophic shortfall in the availability of drones (and no hard evidence has been provided by either the U.K. or U.S. to sustain such a premise), there is absolutely no reason for the Russian Ministry of Defense to undertake a crash program to acquire foreign-made UAVs that could not be readily integrated into the operational forces of the Russian military under combat conditions.

Then there is the issue of verification of the U.S. claims. For its part, Iran has denied the American allegations, with Iran’s Minister of Foreign Affairs Hossein Amir-Abdollahian declaring that while Iran has “defense agreements with Russia,” it “will not help any of the parties involved in this conflict,” which includes providing weapons to either side.

For its part, Russia has remained characteristically silent on the issue, with Kremlin spokesman Dmitri Peskov noting, prior to Putin’s arrival in Tehran, that the Russian president would not be discussing Iranian drones while in Iran.

So, what is behind the Russian interest in Iranian drones? The answer may lie in their U.S. origins. As the U.S. increases the scope and scale of its military assistance to Ukraine, and as Russia confronts the all-too-real possibility of a wider conflict in Europe where its forces would be compelled to face off against U.S.-manufactured drone technology, Russia would be foolish not to take advantage of its improving ties with Iran to gain invaluable insights into U.S. drone technology, as well as how Iran has adapted this technology to the modern battlefield, to include successful operations against U.S.-designed air defense systems.

This scenario makes far more sense that the fanciful “Russia is losing the drone war” narrative being pushed by U.S. and British intelligence and parroted without any real effort at anything that remotely resembles sound analysis by the compliant stenographers in the mainstream Western media. All any reporter had to do was ask the Ukrainian military about what was happening all along the frontlines in Ukraine — or at least, ask those who had not been killed at the hands of Russia’s very dangerous, and very active, UAV force.