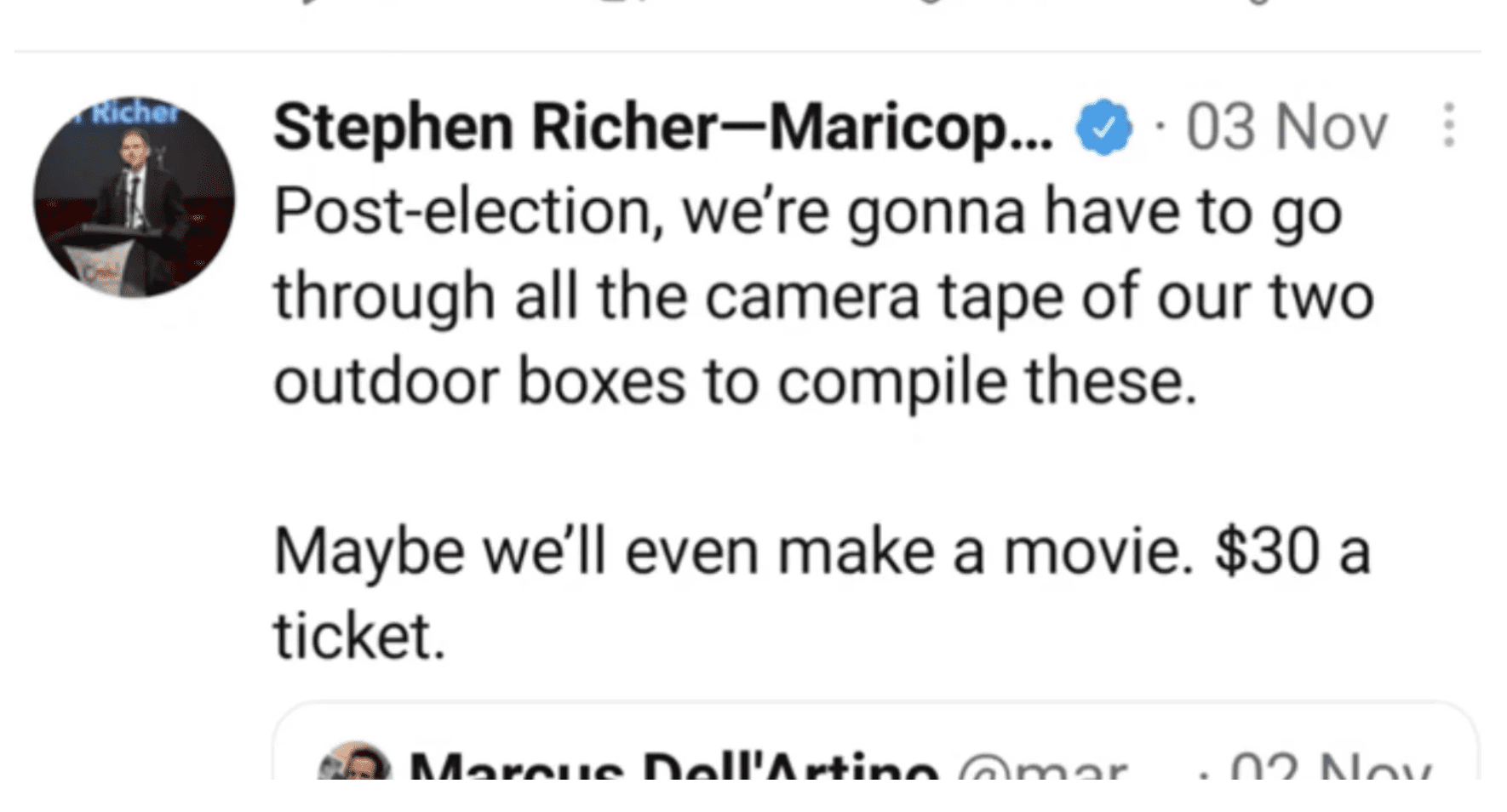 Maricopa must re-do this fraudulent election.

If Berlin can do it …. Berlin to Redo Their Fraudulent Elections Following Long Lines, No Ballots, Voter Suppression – Berlin High Court Throws out Results

Video footage recorded by the Maricopa County Tabulation and Election Center’s live drop box camera and released by We The People USA Alliance shows multiple individuals driving up to the drop box and depositing numerous and sometimes entire stacks of ballots at a time.

This is why leftist groups sued to ban Patriots from filming dropboxes in Arizona.

The Gateway Pundit also reported on the serious issues in Maricopa County’s General Election last Tuesday. Due to the incompetence of Maricopa County and Katie Hobbs, tabulators were down, printers ran out of ink, and long, long lines kept Republican voters waiting to cast their ballots. Republican voters were told to drop their ballots into a separate container called box 3 to be counted later. Election experts and election workers later reported that these uncounted ballots were mixed with already counted ballots, leaving no way of knowing if all legal votes were counted!

Despite this issue occurring at over 30% of polling locations on election day, the corrupt Maricopa County officials would have us believe that only 17,000 ballots were affected and dropped into box 3.