What Is Depression – Causes, Symptoms, Treatment 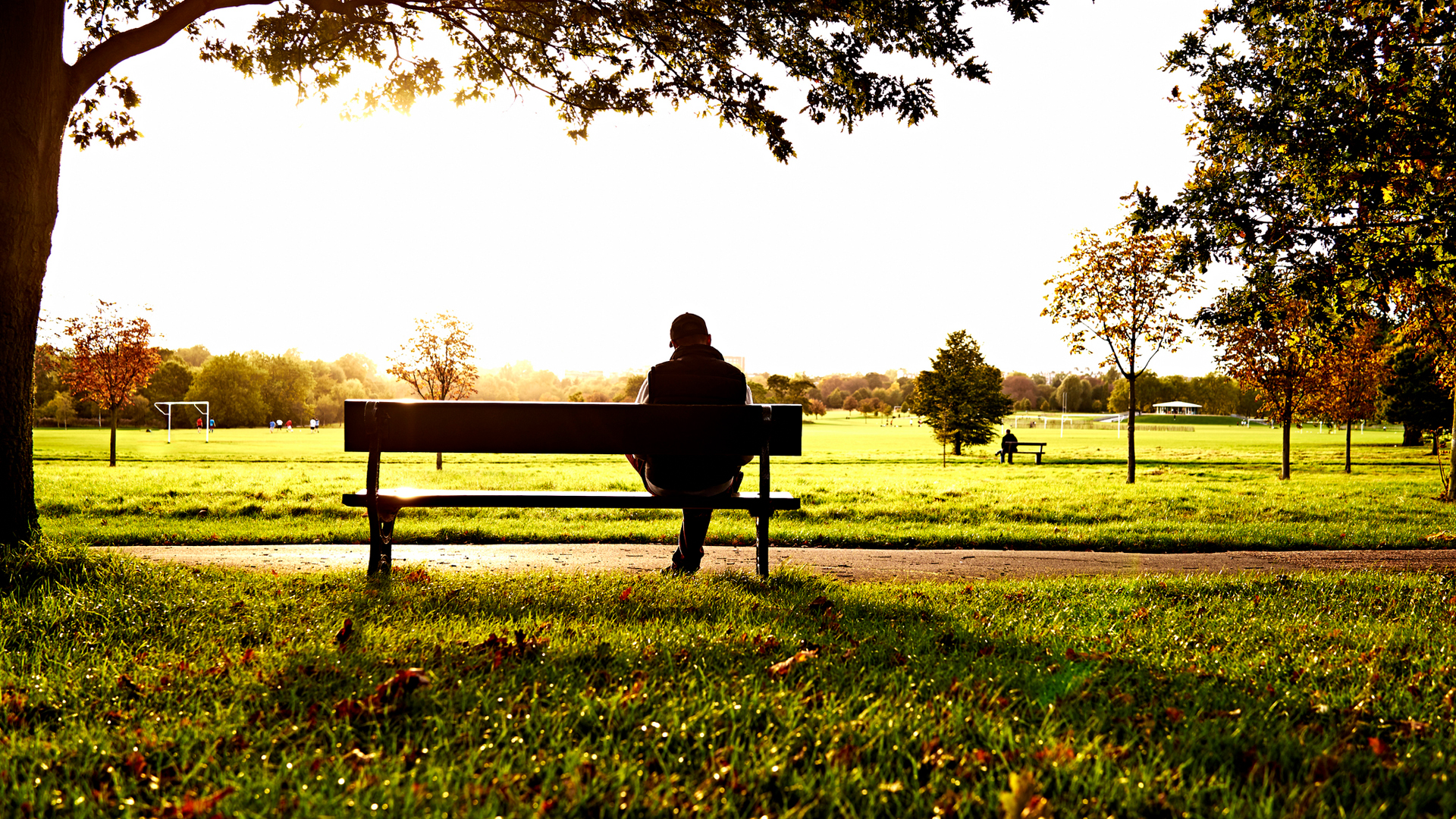 Depression, or major depressive disorder, is a mental health condition marked by an overwhelming feeling of sadness, isolation and despair that affects how a person thinks, feels and functions. While sadness, loneliness and grief are a normal part of the human experience, depression is a diagnosable health condition that has the potential to significantly interfere with a person’s daily life and even prompt thoughts of suicide.

In 2020, an estimated 21 million adults in the United States, or 8.4% of all U.S. adults, had at least one major depressive episode, according to the National Institute of Mental Health (opens in new tab) (NIMH). Depression can affect people of all ages, races and socioeconomic classes and can strike at any time, with 18-25 year olds reporting the most instances of a major depressive episode (17%).

Depression is also a major problem in the adolescent population, with an estimated 4.1 million adolescents aged 12-17 experiencing at least one major depressive episode. This number represented 17% of the U.S. population aged 12 to 17, which is on par with the rates experienced by 18-25 year old adults.

NIMH statistics also indicate that depression is higher among female adults (10.5%) compared to males (6.2%), although men are less likely to report mental health symptoms due to social and medical biases, according to the American Journal of Men’s Mental Health (opens in new tab).

People with depression may experience a variety of symptoms, but most commonly, “a deep feeling of sadness or a marked loss of interest or pleasure in daily activities,” according to the American Psychiatric Association (opens in new tab). Other symptoms of depression may include:

The causes of depression are not fully understood, but scientists think that a combination of biochemical, genetic and environmental factors may make a person more susceptible to the condition, according to an article in Harvard Health (opens in new tab).

Certain medical conditions may also trigger depression, including an underactive thyroid gland, cancer, heart disease, prolonged pain and other significant illnesses. Hormonally induced depression can arise after childbirth or at menopause. Some medications can cause symptoms of depression.

“Depression may be mild, moderate or severe,” said Dr. Deborah Lee, a medical doctor and writer for Dr Fox Online Pharmacy (opens in new tab) in England. “It can be linked to alcohol or drug use, loneliness or life stresses such as a relationship breakdown or unemployment,” she told Live Science.

To diagnose a person with depression disorder, doctors may ask patients about their family health history, mood and behavior patterns (such as eating and sleeping) and thoughts of suicide. They may also ask patients to report their depression symptoms on a printed questionnaire.

“A diagnosis of depression is made when a person feels low in mood, hopeless and despairing for a prolonged period of weeks or months,” said Lee.

According to guidelines laid out by the American Psychiatric Association (opens in new tab), the person must show five or more of the symptoms (listed above) for at least two weeks. The person must also exhibit a depressed mood or loss of interest or pleasure.

The guidelines also list several risk factors which may impact whether a person is at high risk of depression, including:

Doctors must also ensure that there is no underlying cause of these symptoms, such as a thyroid problem or a side effect of a drug or medication. So doctors may request a blood test or test the thyroid to make sure it’s functioning properly, according to the Mayo Clinic (opens in new tab).

“The first port of call for someone who feels they may be depressed is typically a [doctor], who may formally diagnose the condition or refer to a mental health professional, such as psychiatrist or psychologist, depending on the level of complexity,” said Lynne Green, a consultant clinical psychologist and chief clinical officer at Kooth (opens in new tab), a digital mental wellbeing platform.

“There are some differences depending on age,” Green told Live Science. “Children may be more likely to present with irritability rather than low mood and older adults more typically present with physical symptoms. This is why it is important to seek specialist advice.”

Doctors will also look at whether “the symptoms cause clinically significant distress or impairment in social, occupational or other important areas of functioning,” she said.

Left untreated, major depression can set off a chain of social, emotional and health consequences that add to patients’ overall stress, which can include alcohol or drug abuse, anxiety, social isolation, relationship conflicts, work or school difficulties or suicide. A 2019 review in the journal Alcohol Research (opens in new tab) found that of those in treatment for alcohol abuse disorder, almost a third met criteria for major depressive disorder in the past year, indicating a strong link between alcohol abuse and depression.

Meg Arroll (opens in new tab), a chartered psychologist in England and author of “Tiny Traumas (opens in new tab)” (Thorsons, 2023), said that it is important for people to be actively involved in their treatment plan and care.

“There will be a range of treatment options discussed and a patient’s preference is taken into account,” she told Live Science.

Depression treatment may involve psychotherapy, medications or a combination of the two.

Medication: Prescription drugs, called antidepressants, help alter mood by affecting naturally occurring brain chemicals. There are several categories of antidepressants, but doctors often start with a class of drugs called selective serotonin reuptake inhibitors (SSRIs) and may try other medications if the patient’s condition does not improve. These take time to work, and the National Institute of Mental Health (opens in new tab) advises  symptoms such as sleep, appetite, and concentration problems improve before mood lifts, usually within four to eight weeks.

SSRIs target the brain’s serotonin, a signaling chemical (neurotransmitter) that studies have found to be involved in depression. This class of medication includes fluoxetine (commonly known as Prozac), sertraline (Zoloft), paroxetine (Paxil), escitalopram (Lexapro) and citalopram (Celexa), according to the Food and Drug Administration (opens in new tab). Side effects, which are usually temporary, include changes in sexual desire, digestive problems, headache, insomnia and nervousness.

Monoamine oxidase inhibitors (MAOIs), N-methyl D-aspartate (NMDA) antagonists and neuroactive steroid gamma-aminobutyric acid (GABA)-A receptor positive modulators, tend to be less widely prescribed as they come with lifestyle modifications. MAOIs interact poorly with foods like cheese, wine and high protein foods that have been aged, as well as some cold and flu medicines.

Psychotherapy: Also known as talk therapy or counseling, this treatment has been shown to help some patients with depression. Research reported in World Psychiatry (opens in new tab)in 2020 has suggested that combining psychotherapy and medication together works best for treating people with depression.

Different types of psychotherapy include cognitive-behavioral therapy, which helps a person change negative thought patterns and replace them with healthier ones, as well as interpersonal therapy, which is designed to help someone understand and work through difficult relationships, according to the National Institute of Mental Health (opens in new tab). Another form of psychotherapy is problem-solving therapy, which involves coming up with realistic solutions to cope with stressful situations.

Depression does not just appear overnight, Green said, and is a long-standing condition. “It develops over many weeks, months and sometimes years,” she said. “Looking after our wellbeing when we are ‘well’ as opposed to waiting until we are unwell is really important and there are many services that specialize in this preventive support.”