Why U.S.-Africa Relations and Africa Matter More Now Than Ever — Global Issues 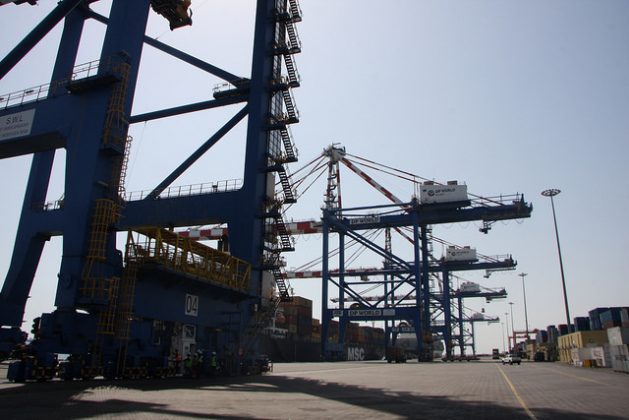 A strong Africa working in partnership with the U.S. is an important and all too often overlooked element of a robust U.S. geopolitical strategy. But to achieve this strong partnership, the U.S. administration will need to demonstrate that it is interested in Africa because the continent itself matters, not merely to address other U.S. international objectives.

Unfortunately, there is skepticism within Africa, founded in historical precedent, as to U.S. intentions. For many years, as European powers withdrew from Africa following the decolonization of the continent, the U.S. and Soviet Union stepped in seeking to install “friendly” regimes.

Africa was an area of interest more because of its importance to the U.S./Soviet Union Cold War than on its own merits. The result was often misguided policies focused on political alignment rather than promoting improvements on the continent. As the Cold War waned, arguably so did some of the U.S. interest in Africa.

2008 saw the election of an American president of African descent, Barack Obama, generating excitement across the continent. In 2014, President Obama convened the inaugural U.S.-Africa Leaders Summit, the largest gathering at that time of U.S. and African leaders.

Unfortunately, there followed a general sense of disappointment as the summit failed to translate into strong action. Interestingly, the U.S. president at times most often praised for his support to Africa is President George W. Bush, who launched PEPFAR, the large-scale effort to fight AIDS focused on Africa that is also considered by some historians to be his greatest achievement.

Last month’s summit took place on a complex international and geopolitical backdrop for the U.S., marked by the growing competition with an emerging China and, more recently, Russia’s invasion of Ukraine. For some American commentators, the summit provided an opportunity to draw Africa closer to the U.S. in countering these challenges following a period of inactivity.

But Africa’s leaders have signaled that they don’t want to be viewed as mere tools for other geopolitical dynamics — including tensions with China and Russia — they want their concerns addressed on their merits. And the Biden administration was careful to not present last month’s summit as China/Russia-oriented. As explained by a CNN commentator: “In previewing this … summit, American officials have been careful to avoid framing Africa as a pawn in a larger geopolitical strategy.”

This represents a wise strategy, especially as Africa has grown substantially both economically and politically over the last several decades and is poised for further growth. The GDP of Sub-Saharan Africa has grown five-fold from $400 billion 20 years ago to nearly $2 trillion today, and Africa’s total GDP now reaches nearly $3 trillion when North Africa is included. Similarly, a Brookings report estimates that the middle class of Sub-Saharan Africa will grow from 114 million in 2015 to 212 million in 2030. It is also the region where the largest growth in population is expected going forward: by 2050, an estimated quarter of the world’s people will be African.

African leaders themselves are not oblivious to the growing strategic importance of their own countries. Rich in agriculture, mineral and energy resources, and with a growing diaspora that funneled over $83 billion in remittances back to Africa in 2020 (far more than the $65 billion the continent received in official development assistance that same year), Africa has become an attractive destination for the astute investor.

Newly empowered by the growth potential of their countries, many African leaders are demanding a stronger voice and greater respect internationally — and they’re getting it from China whose presence in Africa is ubiquitous. Similarly, Japan is re-asserting its engagement with Africa.

Last month’s U.S.-Africa Leaders Summit is a welcome effort in this context and there is much room for strengthening ties. For example, Africa accounts for only 1 percent of U.S. foreign trade, most of which is in petroleum imports from two countries. But African governments, for their part, will need to demonstrate their openness to advancing inclusive growth and political rights domestically.

Just as Asia has dominated the growth story of the last 50 years, will Africa be the emerging engine of growth for the next 50? This is something that analysts are contemplating. The recent analysis of the continent by the International Energy Agency posits a possible high growth “Africa Case” scenario in which the continent is able to exploit effectively its potential.

Arguably, the U.S. and other advanced economies were caught off-guard by the rapid economic growth that took place in Asia. They were slow to anticipate it, recognize it and integrate its implications into their strategies. This is not to predict when it comes to Africa that it will inevitably replicate what Asia has done; however, the reality is: “maybe, who knows?” That’s a potential outcome that the U.S. should prepare for, and even nurture.

What might Africa look like 20 years from now? A real possibility is a 2.4 billion-person continent with significantly diminished poverty and a large and growing middle class that can provide a vibrant economic partner for the U.S. To achieve this, a strong partnership between the U.S. and Africa is key and in the interest of both their peoples.

Philippe Benoit has over 25 years of experience working on international development, including previous positions at the World Bank where he focused on Africa. He is currently research director for Global Infrastructure Analytics and Sustainability 2050

Bayo Oyewole, CEO of BayZx Global Strategic Solutions, currently provides independent advisory services to the African Development Bank. He previously held senior positions at the World Bank and the International Finance Corporation, including in the office of the Executive Director representing several African countries on the World Bank Board.